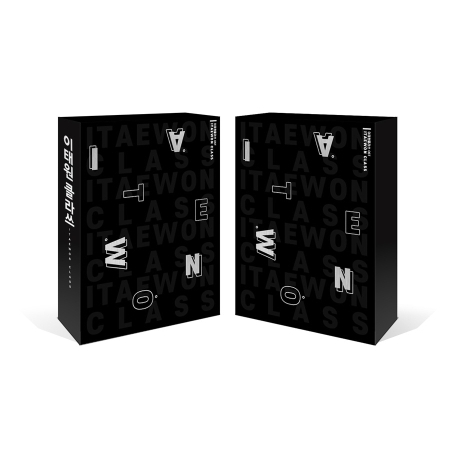 Based on the webtoon of the same name, which was both recognized for its popularity and success, with the appearance of high class actors such as PARK SEO JOON, KIM DA MI, YU JAE MYEONG, KWON NA RA and etc., JTBC DRAMA <ITAEWON CLASS>(Director KIM SEONG YOON, Writer JO KWANG JIN, Production SHOWBOX, Original DAUM webtoon 'ITAEWON CLASS')
that was expected to be the most anticipated drama in the first half of 2020 will have both the ratings and popularity of the drama, will be at the end of its grand finale.

'ITAEWON CLASS' OSTs, with solid completeness that add to the drama's dramaticness and 'hip' while in perfect harmony with the drama's story of a 'hip' revolt of the youth united with their persistence and bravado in an unreasonable world, have been inserted into each episode's rightful place and has played a role in giving more depth and energy to each character.

'ITAEWON CLASS' OST, which featured a total of 14 songs in a lineup filled with Korean top artists, ranked at the top of various music charts as well as the popularity of the drama itself, and is expected to give viewers deep lingering feelings after the drama is over.

In this All track there are a remake of American singer-songwriter 'Ben Folds', 'LEE CHAN SOL - Still Fitting It' which contains a message about the world from a father to his son,"Gaho - Start(시작)" which ranks up to 5th on the daily chart of major music sites and is loved by people of all ages,"HA HYUN WOO - Stone Block(돌덩이)" who makes listeners feel cathartic with the best singing ability like cider, “Sondia - Our Souls At Night(우리의 밤), Maybe(우린 친구뿐일까)”, who is updating the legend with her delicate expressiveness and charming voice in every OST she sang, “KIM WOO SEONG (The Rose) - You Make Me Back”, which was used in the opening sequence of the drama and caught viewers' ears,"KIM PIL - Someday, The Boy(그때 그 아인)”, with a rich sound and a delicate and rough voice that touches people,“YOON MI RAE - Say”, the queen of OST, we can feel the height of her loneliness, "VERIVERY - With Us”, which made the Danbam(;Sweet night) members more emotional with lyrics expressing hope that they could stay together. “THE BANE - Straight(직진)” and its English version of “DAMON - Brand New Way”, 100% of the SAEROI's relentless galloping instinct, “Crush - NO WORDS(어떤 말도)”, a popular OST songwriter who can be comforted by the collaboration of talented musicians, “V (BTS) - Sweet Night” Korea's best idol who sent a love call to the ITAEWON CLASS OST for his close relationship with PARK SEO JOON, PARK SAEROI in the drama and produced and sang. It included 14 Original Sound Tracks that captivated viewers as well as regular music listeners.

Is the product genuine?

How can I proceed with the refund or exchange?

How much is the international shipping fee?

How does the international shipping process goes?

Why is it delayed?

What payment methods are available?

I'd like to change the payment method after purchasing.