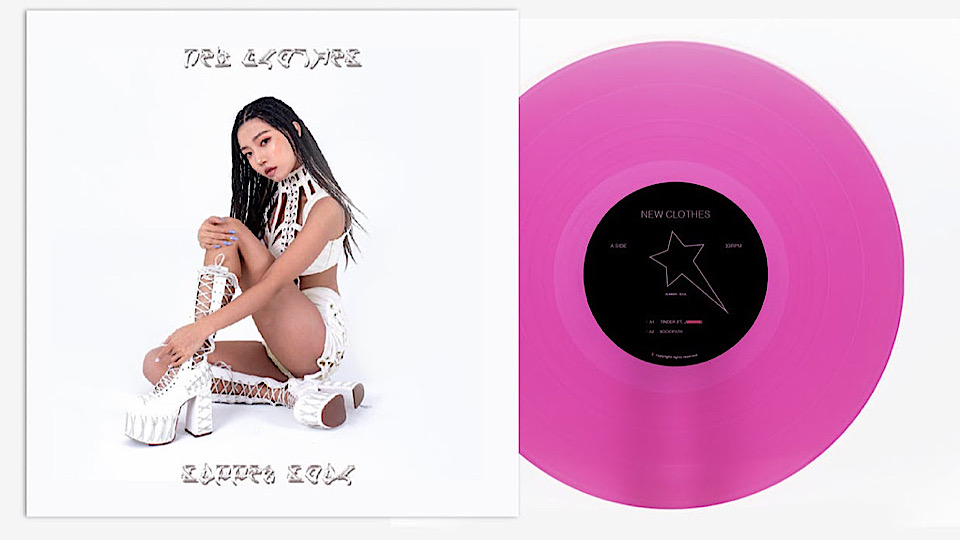 US$1,265.49156%
Funding GoalUS$811.87
This is an "All or Nothing" project that will be rewarded to project participants when 100% of the project is achieved.
If it is not reached 100%, the participating amount will be refunded and also you won't get any reward.
Project statusDelivery Completed
NoticeImportant

Summer Soul's live streaming reward will be held at midnight, July 5th to 6th, in Korean & Japanese time. It will be 11AM on July 4th in U.S. time (based on Washington D.C) and 5PM on July 5th in France time. We've sent the link to the sponsors via e-mail, so please kindly check.
6/29/2020 She debuted as an indie/pop newcomer emerging with a mysterious and fresh voice in 2018 with 'How Beautiful', featuring Universal Music's R&B musician TAEK.

Since then, she has been selected as the winner of Naver Hidden Track along with Eden, participated in the album of the Korean Popular Music Award winner Mid-Air-Thief [Crumbling], achieved 140,000 cumulative views of three Naver On Stage videos, ranked among the top 10 viral competition program 'Highlight' within SNS platform TikTok. She is an established independent artist with a number of featuring releases and solo EPs.

For this funding, all funding revenue will go into album production and music video production, with the release of the title track single on June 3rd and an EP containing 4 songs including that song on Jun 11th. "It's a song about love these days, which has changed a lot from old ways. It was also a work that made me wonder what it would mean to form a relationship and give a break based on the listener's perspective.“

*All of the designs in Vinyl were designed by artist Summer Soul.*

Vinyl consists of a total LPx1, MP3 download code card, and album lyrics. Please note that Vinyl will be made in transparent magenta color, so the color in the picture is different from the real thing. *Every design on the poster was designed by artist Summer Soul.*

“My clothes do not determine my consent”

I was afraid of expressing myself honestly while living in Korea. I was so desperate to tie myself up, so I felt like I was losing myself. Like this message, I realized that I was not the clothes that I was wearing, not the makeup I did, not my hairstyle, but that I was still me when the things I was wearing disappeared..

I wanted to convey the message that we all have a freedom of expression. I made a poster with those images. I expressed a new aspect for this album alone, unlike my free thoughts, music that I released before, and the visual that I showed. I found freedom of expression and decided not to hide it anymore, and I think I was born with this album.The next album will be another me.

*All designs of puzzle were designed by artist Summer Soul.* What is Slut Walk?

It's a women's movement that started in Canada, which means 'walking in sloppy women's clothing. 'Slut walk' is a protest that began with a policeman, Michael Sanguinetti's statement that "If women don't want to be victims of sexual assault, they shouldn't dress like a 'slut'." during a lecture on safety education related to a campus rape at York University in Canada on Jan. 24th, 2011.

"One day I came across the word 'Slut walk'. I've never heard of the word Slut walk, but the origin of the word was very familiar. It was something I often think about. I became interested in fashion after studying abroad for 5 years. They were revealing clothes that Korea would never have thought of. The domestic and overseas views on dressing were really different. That's why my attitude toward clothes has changed a lot. In Korea, people whispered or looked at me like it seemed wrong. Or I was offended by older men. In foreign countries, people didn't care what I wore or what I did, but Korea didn't, so I became cautious. Then suddenly I thought of 'Slut walk' and I was acting like a victim. From then on, I thought I should keep the word Slut walk deep into my mind. So I came to make these necklaces as well." <This picture is close to the actual product>

*All designs of tattoo stickers were designed by artist Summer Soul.* It's a tattoo sticker designed by Artist "Summer Soul" and has the slogan "MY CLOTHES IS NOT MY CONSENT" of this album and a tattoo that can be attached to your face or body.

❋ Pre-release and live streaming of EP for sponsors

On the end of the funding day, we will proceed with live streaming for sponsors. After the release of the song, we will be the first to question and answer about the song. There's also a Q&A time where you can talk about what I've been up to and answer questions you've been wanting to ask.

- Links to participate in live streaming will be sent to your (sponsor's) e-mail later.

- Handwritten letters and Polaroid photos by Summer Soul will be sent randomly.

7-inch vinyl, which is not produced domestically, is produced overseas, so a total budget of 1 million KRW was set. The music video requires a total budget of 20 million KRW, but it's too big, so we're going to help with crowdfunding fundraising. The rest of the goods will be budgeted according to demand.

All goods and album projects are currently in progress or in production, and the music video is about to be filmed. If we succeed in funding by May 25th, we will start producing overseas Vinyls as per the delivery date, and the rest of the goods will be produced after crowdfunding is completed and will be delivered to fans by June 18th, seven days after the album is released.