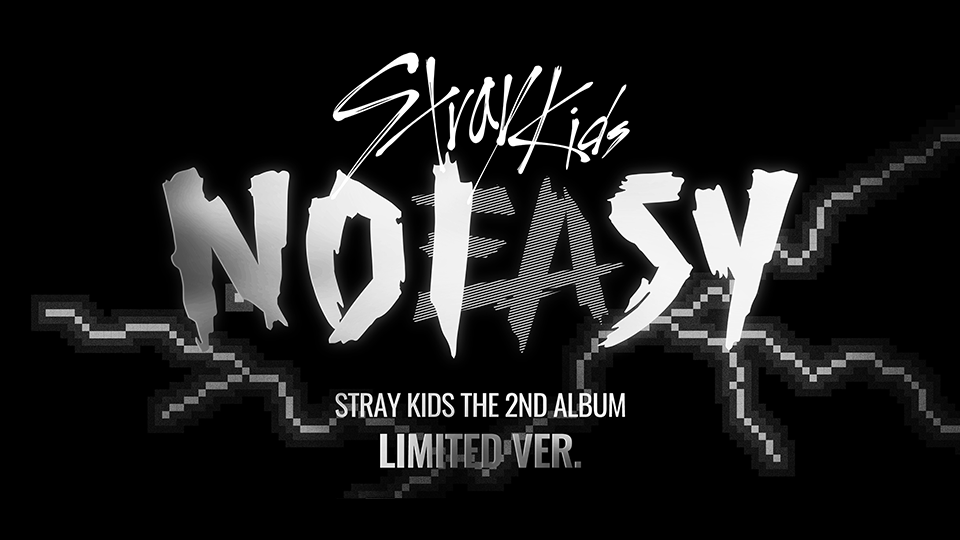 Pre-order
This is a "Pre-order project" that will be rewarded to all project participants after closing the project.
Project statusavailable participation

All CDs purchased in this project will be reflected in initial sales.
Initial sales: 7 days after album release

The album you ordered will be delivered sequentially from August 26th.

Stray Kids, soon to be back on August 23rd with their 2nd official album 'NOEASY!' Marking their identity as the hottest K-POP group!

- Pioneer of the 'mala taste genre,' Stray Kids' newest album 'NOEASY' will drive a wedge in their identity and position!
- Proved their skills as the winner of 'KINGDOM!' High expections coming from Korean and international fandom for their first album in 2021!

Stray Kids will release their new album 'NOEASY' on August 23rd and make their comeback in 11 months.

Ever since their 1st official repackage album 'IN生' released on September 14th of 2020, Stray Kids has announced their new album in 11 months and is ready to meet their fans. This June, they have risen as the final winner of Mnet's 'KINGDOM: Legendary War' and have gotten ready to infinitely expand their horizon. As an all-rounder team with talented producers, rappers, vocals and choreographers, they have shown to the world what they are capable of as the 'leading next generation K-POP group.' This comeback, especially, is expected to drive a wedge in Stray Kids' identity and position.

On July 6th (KST), they have ranked #1 in Billboard's 'World Digital Song Sales Chart' with their digital single 'Mixtape : OH' released on June 26th. This feat is their first #1 ranking in the Billboard charts and have proven their worldwide popularity. Stray Kids is continuing the sweeping upturn with their album 'IN生' receiving Gaon Chart's double platinum certification which is rewarded to albums that have surpassed 500K album sales.

Meanwhile, Stray Kids will release their newest album 'NOEASY' on July 23rd and once again ignite their rise in global popularity. Cancellation is only possible for request by 23:59 on August.22nd(KST), and cancellations or refunds are not allowed after the application period(KST).

If there is a missing or damaged product, additional delivery or replacement is possible only for those who have sent a photo as a proof or unboxing video to MAKESTAR within a week of receipt of the product.

-Photo: attach the photo in inquiry

-Video: After sending it to notice@makestar.co, and ask through inquiry

*If 7 days have passed since you received the product (based on the tracking of the invoice), or if the photo or video is not attached, additional delivery or exchange is not possible. Please note this in advance as this will be the same even if you use the shipping agency.

-Depending on countries, tariffs may occur, and duties will be incurred by the purchaser.  If it is not paid within a certain period of time, the product will be automatically discarded, and if the product is disposed of due to unpaid tariffs, it cannot be shipped again.

- It is difficult to reflect the under-value, and it will not be applicable even if you fill out the comment section separately.