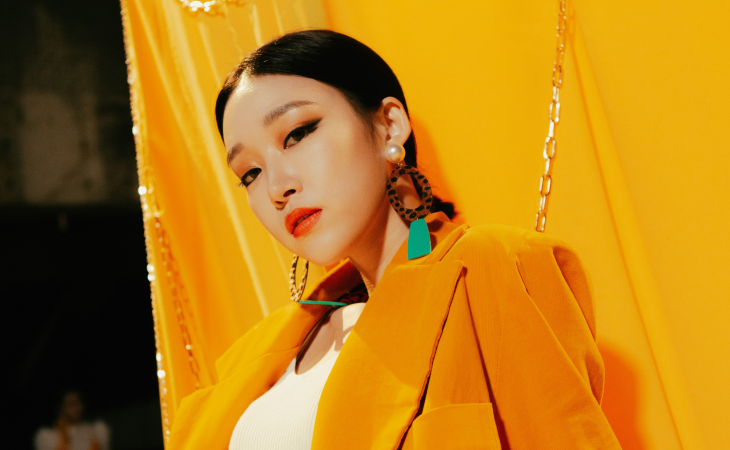 US$6,517.46104%
Funding GoalUS$6,292.13
This is an "All or Nothing" project that will be rewarded to project participants when 100% of the project is achieved.
If it is not reached 100%, the participating amount will be refunded and also you won't get any reward.
Project statusDelivery Completed
Notice
The final edition of Soya COLOR PROJECT! Soya, she is back in 'ARTIST'! To make the project more public, and support our colorful ARTIST Soya with fans all over the world, we have extended the project period to make it more widely known! We're going to show you more and more different views of Soya, so look forward to it!
10/30/2018

Rewards for this project are redeemable if the project reaches its funding goal. Five lucky winners will be chosen among pledgers
to receive an autographed polaroid photo that SOYA took herself! SOYA has shown three of her colors

the project that will mark her fourth color, Color A,
SOYA’s Mini Album Project starts now! Are you ready to be dyed with SOYA's new color?

Participate in SOYA's mini album project
and cheer for her as her StarMaker for SOYA Color Project Vol.4!

SOYA and her StarMakers' special meeting is waiting for you

*Special fan meeting is scheduled for November ~ December, 2018, and is subject to change by the Creator.

1. Check out details of SOYA Project, and pledge!
2. Share the project with your friends on social media to let them know!
3. Once the goal is reached, it's a success!

1. Star Makers who participate in the 'SOYA Project' may become her honorary producer.
2. Check out exclusive SOYA contents through project updates at Makestar.
3. Receive limited edition reward-goods exclusive to the 'SOYA Project.'

Your help in promoting this project will go a long way to success!
Click on the social media SHARE button, and give SOYA a helping hand!

*Above reward-images are samples for ease of understanding*
*Special Reward is expected to be held in November ~ December. Any further details will be notified in following announcement(s).