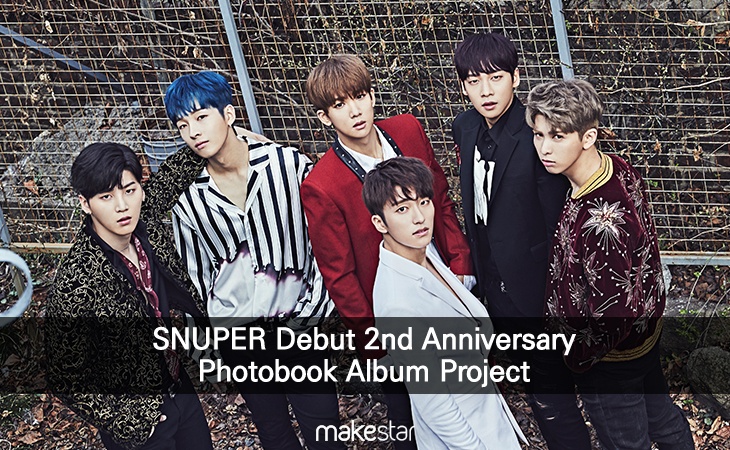 SWINGs all over the world, are you ready to join SNUPER for

Participate in the global project with SNUPER and SWINGs all around the world,

celebrate 2nd anniversary of SNUPER and become their honorary producer! SWING, always with SNUPER through thick and thin...

It's your turn to pick the title song for SNUPER's 2nd anniversary album!

WHY should you participate in

Exclusive for Starmakers! ONLY at MAKESTAR!

From Special Fan Sign, 2nd Anniversary Concert to After Party!

You can be a part of special events with SNUPER!

*Debut 2nd anniverary concert is expected to be held in early December. Any further details will be notified in the following announcements.

Your help in promoting this project will go a long way to success!
Click on the social media share button, and give SNUPER a helping hand!

*2nd Anniversary Concert is expected to be held in early December. Any further details will be notified in following announcement(s).