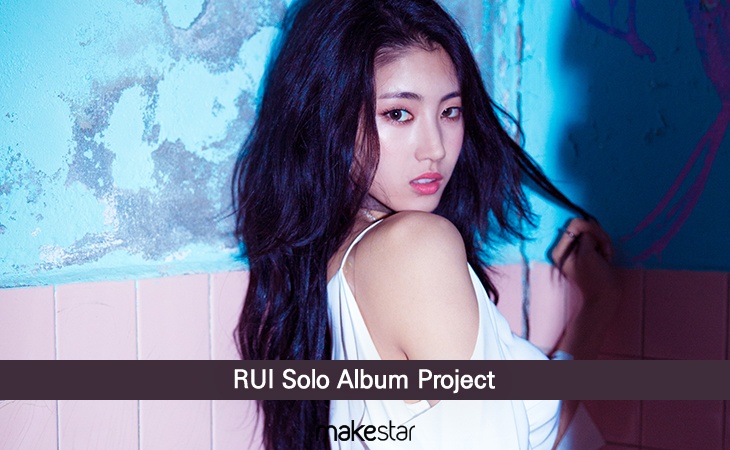 Her numerous charms are bringing herself to the center of people's attention! AND she's returning to present an even bigger fascination! RUI's Solo Album Project begins here!

US$10,157.52166%
Funding GoalUS$6,136.58
This is an "All or Nothing" project that will be rewarded to project participants when 100% of the project is achieved.
If it is not reached 100%, the participating amount will be refunded and also you won't get any reward.
Project statusDelivery Completed Every Honorary Producer completed making one's pledge within the given period

*The benefit will be released as a 'Digital Reward' after project ends.

Participate in the glamorous RUI's Solo Album Project,
and become her 'Honorary Producer'!

Take your chance to be invited to the Special Fan Meeting,

and plan your unforgettable moments with the confident, beautiful RUI

* The Special Fan Meeting is expected to be held in December ~ January.
Any further updates will be notified in following announcement(s).

Your help in promoting this project will go a long way to success!
Click on the social media share button, and give RUI a helping hand!

*The Special Reward (Fan-Meetings) is expected to be held in December ~ January. Any further details will be notified in following announcement(s).