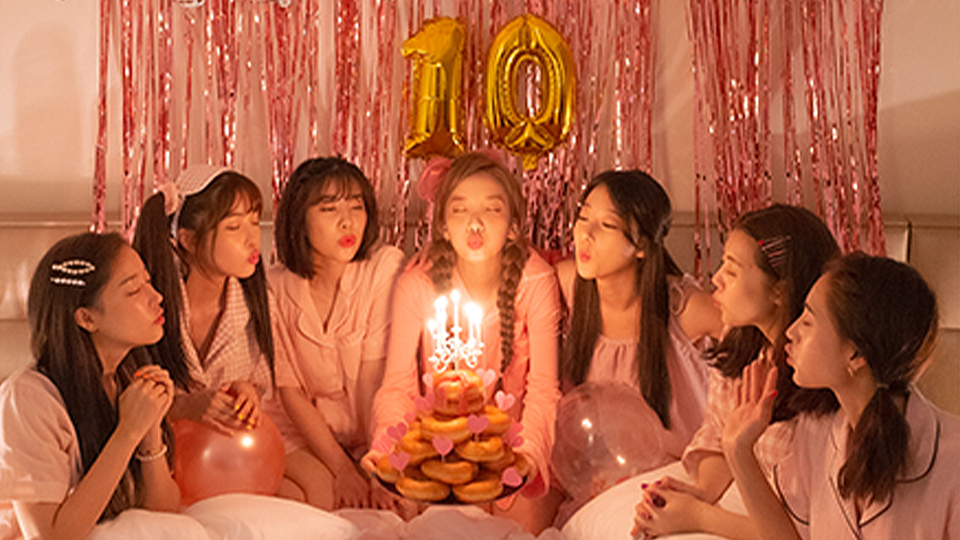 Limited period
This is "LImited Pre-order" project only for MAKESTAR that will be rewarded to all project participants after closing the project.
Project statusReward shipping complete

will receive one Polaroid photo signed by a RAINBOW member!

*one photo per person, member random, shipped with rewards

(winners will be announced via project update)

and get goods made by RAINBOW members!

With legendary hit "A" as the first digital single in 2010,

RAINBOW showed off the colorful charms of 7 colors like the rainbow!

each member started to shine on from their own... RAINBOW has gathered for 10th Anniversary in 2019!

It's our 10th anniversary -

I am so thankful to our members, fans, and the general public for being always there.♥

We've got this far with their love -

so, to reciprocate the love, we've prepared a 10th-anniversary project."

Shall we listen to the title song, Aurora?

Meet goods made by RAINBOW on MAKESTAR!

Planned, photographed, designed, and even produced by the members -

can it get more special than this? * The image above is an example and may differ from the real product.

50 lucky StarMakers will receive Special Photo Essay signed by RAINBOW by a draw!

and will be shipped after the project closes.

Why should you participate in RAINBOW 10th Anniversary Project?!

1. To celebrate RAINBOW's 10th anniversary together!

2. To get goods made by RAINBOW members and participate in the event!

3. To participate in the project and take part in good deeds!

* All funds gathered for this project will be donated to a foundation for children and their dreams.