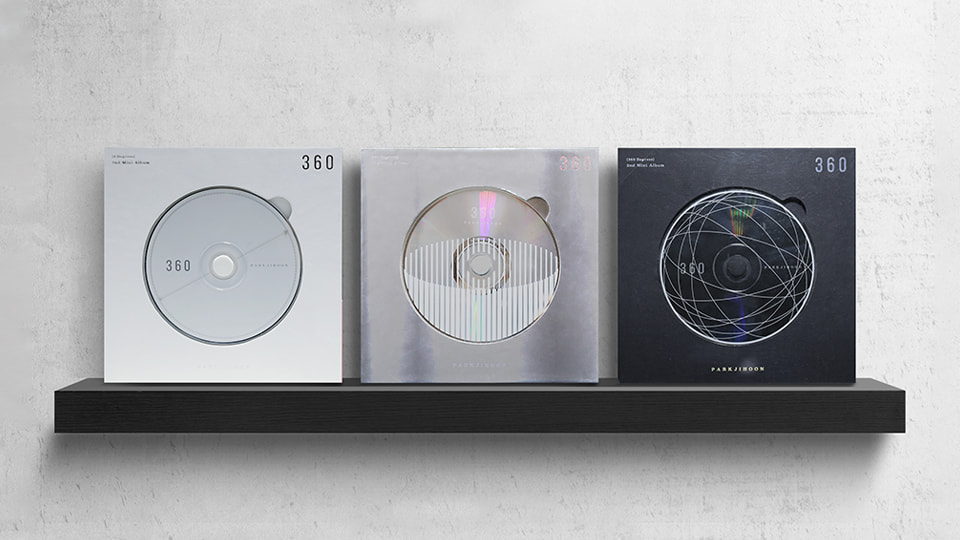 Pre-order
This is a "Pre-order project" that will be rewarded to all project participants after closing the project.
Project statusDelivery Completed

The poster will be shipped inside a poster tube.

If you purchase more than one album, the number of posters will be equal to the number of purchases. Only one poster tube will be shipped per orderer.

(However, overseas orders do not include posters.)

This product is a pre-order album scheduled to be shipped on December 5th, 2019.

The album release date is subject to change due to the circumstances of the producer. [360], which is also a song title, is about the spotlight that he receives and PARK JIHOON's confidence.

A man of various charms, PARK JIHOON demonstrates a sense of sensuality from [360] and affirms his identity as a global trend and one of the most beloved artists of the year.

The 2nd EP [360], contains a total of seven songs, under three different concepts -

which you will be able to see different sides of PARK JIHOON.

* The image below is an example and is subject to change.