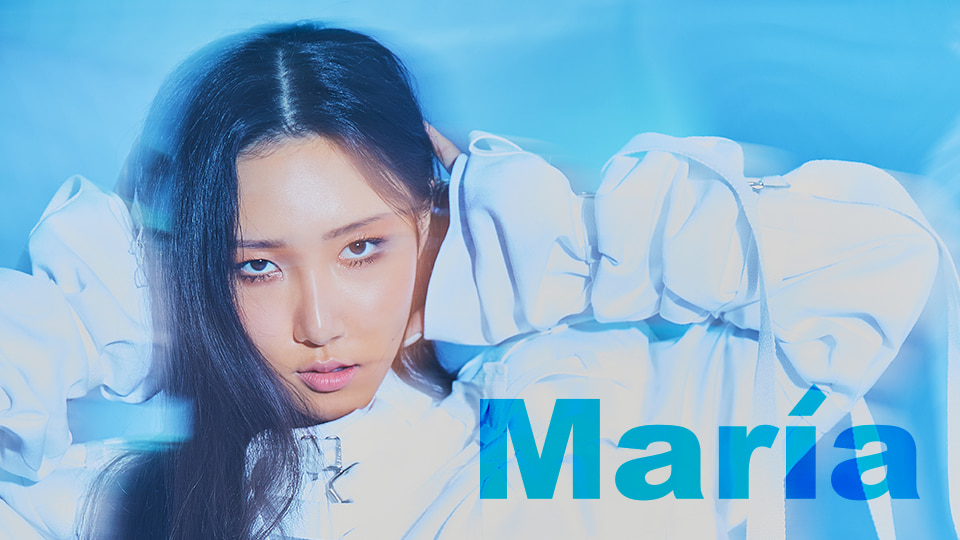 Buy Hwa Sa 1st Mini Album [María] at MAKESTAR and get a chance to apply for a signed Album as well as the limited edition photo card!

The sales data you purchased through this project will be 100% reflected in Hanteo Chart, Gaon Chart and Music Bank Chart sales figures, both online and offline.

Project can be finished early if the products are sold out.

This is her 1st Mini-Album [María] released in a year and 4 months by Hwa Sa, who released her solo debut song 'Twit' in February 2019 and has clearly imprinted her solo artistry to the public with her unique style and trendy musicality as well as dominating on domestic and overseas music charts.

In the Album [María], which tells the stories she wants to tell herself and the public, Hwa Sa tells the stories for the people who are hurt by others and the world. She also talks about the topics that anyone can easily relate to such as the stories that sympathizes with the empty side and sincerely comforts the people with her own frankness.

Buy Hwa Sa 1st Mini-Album [María] at MAKESTAR and get a limited edition photo card and a chance to apply for signed Album!

We will draw 100 people among those who purchased SET1~SET2 in this project and give Hwa Sa 1st Mini Album (signed Album).

<The number of winners>

*Project can be finished early if the products are sold out.

*The number of available applications is not related to the number of orders, and you can apply for the total number of Albums you purchased within this project.
* You can apply for the event only for orders that have been processed for payment.
* Duplicate application is possible, but duplicate winning of the same orderer is not allowed.
* If you win the signed Album, one of the Albums you purchased will be delivered as a signed Album.

Among those who participate in this project during the event period,

👉we will draw 10 people and give Hwa Sa 1st Mini Album (signed Album with StarMaker name on it). (1 pc of the Albums you purchased)

👉we will draw 8 people and give a Polaroid with Hwa Sa's handwritten autograph. (1 pc per winner) We will give Hwa Sa limited edition selfie photo card to the participants of this project during the event period. *1 pc random per Album, 3 types in total
*For SET3 purchasers, one set will be given. 🚚 PROCESS from sales to delivery

MAKESTAR Limited Rewards will be produced immediately after the preorder, when the production quantity is confirmed.

STEP 2
We confirm the quantity immediately after the project is ended, and start producing the MAKESTAR Limited Rewards (including special offers).

*Reward production takes about 1 to 2 weeks on average.

*Delivery schedule can be changed depending on the duration of the production and circumstances.