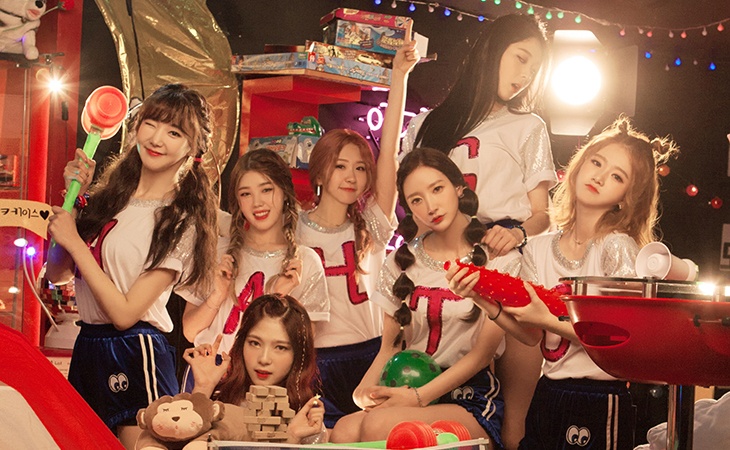 The girl next door, 'Hash Tag' is visiting you! Meet them in ther mini album project! * The project period has been extended to November 12, 2018.

US$7,940.96127%
Funding GoalUS$6,261.74
This is an "All or Nothing" project that will be rewarded to project participants when 100% of the project is achieved.
If it is not reached 100%, the participating amount will be refunded and also you won't get any reward.
Project statusDelivery Completed

All pledgers who participate in the project will receive
exclusive Hash Tag HQ photos (5EA, digital)! Hash Tag will be the girls of your dreams! With their relatable lyrics about love, Hash Tag will make their way into your hearts.
Join their mini album project to know more about the seven girls!

An opportunity to watch Hash Tag's newest music video
with Hash Tag members themselves!
Plus, hear the behind stories of the music video shooting!

Are you dreaming? Nope, it's real!

Hash Tag members will become baristas for the day
to make mouth-watering food and serve them to their StarMakers!
Mini signing event just for you!
Ending off the dreamy day with a photo time!

* Special Reward is scheduled to be held in October. Further details will be announced in the upcoming updates.

Your help in promoting this project will go a long way to success!
Click on the social media SHARE button, and give Hash Tag a helping hand!

*Above reward-images are samples for ease of understanding*
*Special reward is expected to be held in October. Any further details will be notified in following announcement(s).