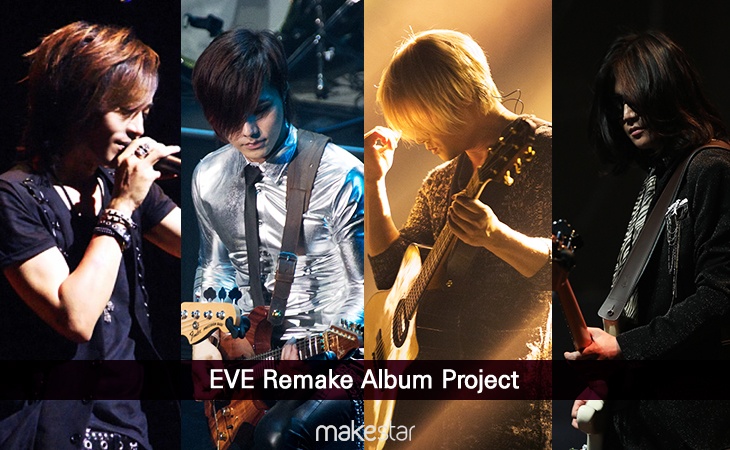 I sometimes wonder how many beautiful songs we could have made together if we hadn't disbanded.

Encompassing new and diverse challenges, along with their new track made in celebration of their 20th debut anniv.,

will welcome not only the EVE's long-time fans,
but also anyone across the globe who's willing to try out S.Korean style Glam Rock music.

EVE's Remake Album, <IF EVE> will invite you to a full package of new experiences

through their lengendary tracks reborn in a brand-new fascination. Though it has been a quite while, and times passed...
EVE's songs have survived in memories, and now they are coming back!

EVE's Remake Album, <IF EVE> Project calls for the worldwide StarMakers to join in!

Their Stage, full of explosive energies and unbelievable enthusiasm
And the Performance which wouldn't stop as an event, but will be remembered for the next twenty years!

*Further details regarding the concert will be announced as soon as we are notified from the Creator.

When  To be announced

Where  To be announced

*Any further details including the Seating Plan will be updated in following announcement(s).

★THREE Obvious Reasons  why you should book your Ticket at Makestar

Some Details about Ticketing

Your help in promoting this project will go a long way to success!
Click on the social media SHARE button, and give EVE a helping hand!