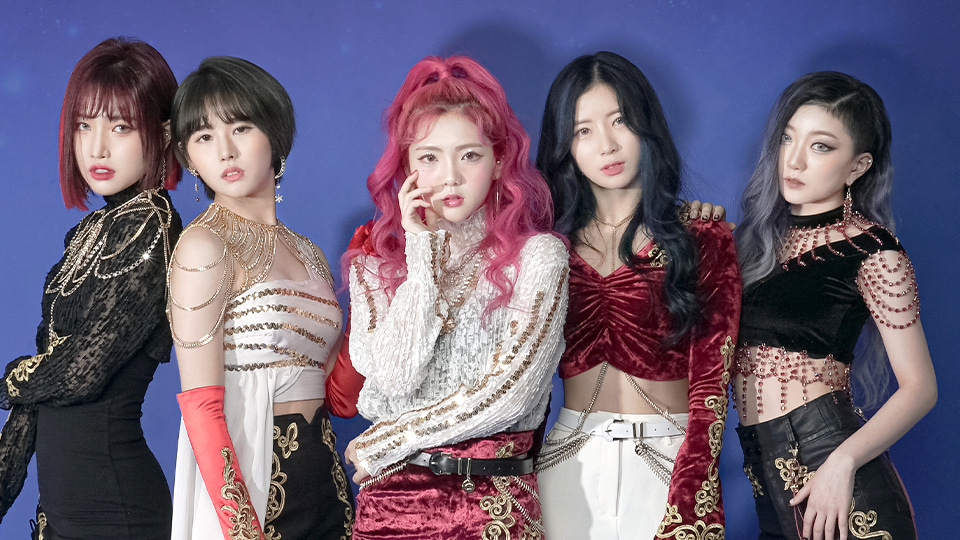 CRAXY debut celebration special album with fans all over the world! Please give a lot of support and participation~

US$7,674.43134%
Funding GoalUS$5,716.62
This is an "All or Nothing" project that will be rewarded to project participants when 100% of the project is achieved.
If it is not reached 100%, the participating amount will be refunded and also you won't get any reward.
Project statusDelivery Completed
Notice

Extend project period to May 20th

Thank you very much for your interest and participation in the CRAXY Special Album Production Project to celebrate their debut. The project period has been extended to 23:59 (KST) on May 20th so that fans around the world can see better and communicate with you a little more. As the period has been extended, we are planning to come to you with more content, so please continue to support and participate a lot. Thank you!
4/27/2020

Within 48 hours (2020.03.19 6PM) of the CRAXY Project, we will additionally send the smartphone wallpaper images using unreleased photos of the CRAXY members as digital rewards to all participants!

*Free pledge does not apply

Through their first album 'My Universe', they made a surprise appearance with an Oriental concept that distinguishes them from existing girl groups!

To celebrate their official debut, CRAXY prepared a special gift!

CRAXY debut celebration special album which will be made with fans all over the world!

This album will include not only the title track 'ARIA,' 'My Universe,' each member's solo tracks 'Ka Ka Ka,' 'Can You Hear My Song,' 'SIXTEEN,' 'Boyfriend,' and 'Issue' as well as the hidden tracks that they haven't played for you yet, and the album credits including participants' names will be a precious gift for CRAXY as well as their fans. Please give a lot of support and participation! 'CARXY' is a combination of 'CRACK' and 'SEXY (attractive, provocative)' which means 'break down existing prejudices and draw attention from people with our own individuality.'

The key point is the oriental concept which has powerful and gender neutral performances that are different from other girl groups, and the feminine charms that are revealed within them.

On March 3rd, 2020, CRAXY made their official debut with their first album, 'My Universe,' and took their first steps in the K-pop industry with confidence.

With powerful performances and sexiness, even as countless music videos are being released in the K-pop industry, CRAXY is clearly showing global popularity by surpassing 2 million views in just a week after opening their title song "ARIA" on March 6th!

She made a new attempt by reinterpreting Korean traditional dances such as Fan dance, Gyobang dance and Seonbi dance in a modern way and tried to incorporate it into the choreography which accentuates the masculine and powerful choreography that exudes a gender neutral charm and choreography with beautiful lines that accentuates feminine beauty. She is a strong leader who leads the team with a strong sense of responsibility and sincerity, like a father in the team, but she has a delicate heart and cries often. Hobby: Watching the Animation and Dramas

Her strong eyes and overwhelming performance on stage are her specialty and her low-pitched rapping is charismatic, but her usual appearance which is very innocent with soft voice are her unexpected charm. She has low-pitched voice, powerful performance and is boyish and chic, but sometimes her innocent and bright smile is an unexpected charm. She is the main vocal and diva of the team with appealing voice, great singing ability, and strong emotional expression, and sometimes she is a cute idiot which is an unexpected charm. She is the youngest and the cutest. Contrary to her lovely appearance, she is sometimes sexy and an icebreaker who creates the atmosphere in the team.

Let's cheer for CRAXY's debut and get the rewards!💘

*Reward configuration and details by set can be found in the Reward banner.

(PC: Right side of Page / Mobile: Bottom of Page)

*The reward product image below is an example only and may differ from the actual product. 6.Customized 'bow' and 'arrow' made by handcraftman, actually used in the KARIN's scene during the ARIA MV shooting Used by member in their debut MV!

Special item for only one person in the world, that you can't get it anywhere else in the world!