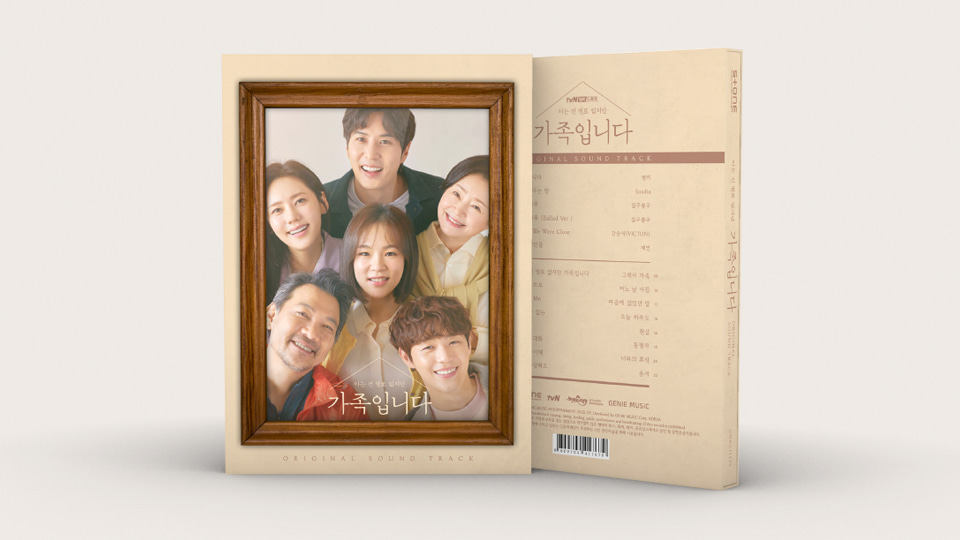 Limited period
This is a "Pre-order project" that will be rewarded to all project participants after closing the project.
Project statusReward shipping start

Hello, this is editor Amy.

The work that I introduce this time is tvN drama <My Unfamiliar Family>.

There's a lot to talk about your best friend's favorite restaurant and movie, but it's hard to answer your mom and dad's favorite food, books, music, and movies, right?

There are more secrets between family members, and family is a love-hate relationship, expecting unconditional love.

We've known Han Ye Ri's solid acting skills for a long time, but the acting of Kim Ji Seok, who has met a true life character with great acting skills, is especially impressive. Hye Jeong of AOA played the rold of Yoon Seo Young and it was great to see her new side. "From Kang Seung Sik of VICTON to Bumkey"...They are releasing an OST album before <My Unfamiliar Family> ends.

tvN <My Unfamiliar Family> presents an OST album that will soothe the sadness of the end of the drama.

Including Bunkey's 'Family', which has already been released, 6 songs will be included that go well with the atmosphere of the drama, including 'Say I Love You' by Sondia, 'My Day' by Gilgu Bonggu, and 'When We Were Close' by Kang Seung Sik, as well as yet-to-be-released 'Young Lovers' by Jae Yeon. In addition, it is expected to be a special gift for drama enthusiasts, with a total of 22 tracks, including 16 scores participated by music director Lim Ha Young.

<My Unfamiliar Family>, which has realistically portrayed a heartwarming and affectionate family since its first broadcast last month, will end with the 16th episode on the 21st. As it received enthusiastic responses with higher viewer ratings, the final combined OST is also expected to receive favorable reviews and soothe the drama enthusiasts who are sad about ending the show.

PROCESS from participating in preorder to delivery

It will be shipped sequentially after the last week of July

※ The production and delivery schedule may be delayed depending on the situation.