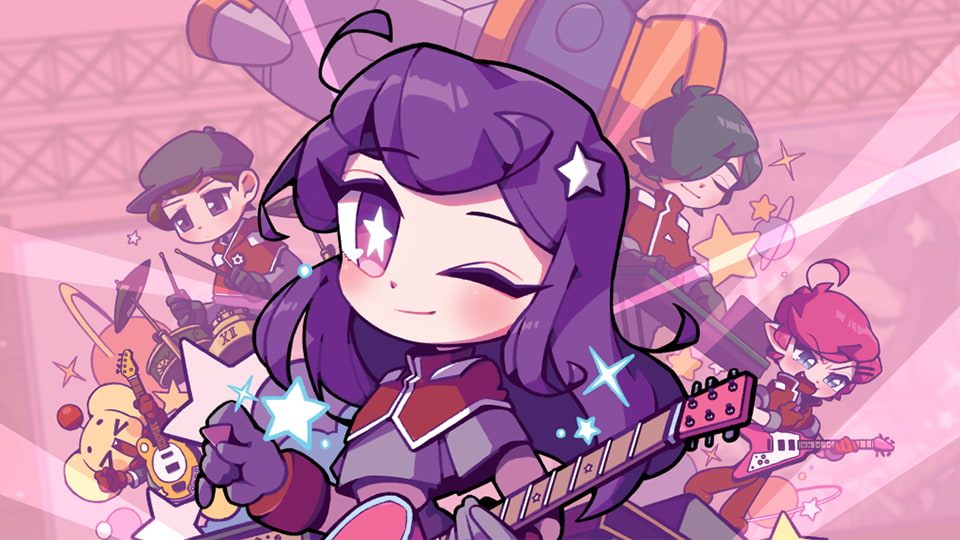 US$915.4045%
Funding GoalUS$2,030.62
This is an "All or Nothing" project that will be rewarded to project participants when 100% of the project is achieved.
If it is not reached 100%, the participating amount will be refunded and also you won't get any reward.
Project statusRefund complete
Notice

We would like to inform you that it is not possible to ship via International Mail when shipping overseas due to a sharp drop in air transport due to Corona19. In the case of EMS, there may be more than a month of delay in delivery, so we recommend shipping via DHL for overseas shipping. For those who have chosen International Mail among the participants, we will notify you via email how to change the delivery method in the future, so please kindly wait a little longer. We always appreciate your great support for the MAKESTAR project.
4/24/2020 “We sing for the universe, Hello Universe!“

Hello Universe, who landed on Earth in April 2018 without anyone knowing and are continuing their activities starting with YouTube!

Hello Universe is a band who are showing off their variety of unique contents such as animation and cartoons, not only their songs. Hello Universe is back with MAKESTAR in six months after finishing their first EP [Ode to the Starlight] activity in 2019 through crowd funding!

What is the purpose of these five aliens that suddenly appeared on Earth one day?

Their activities of the Earth so far She is still young and immature, but she's the strong leader of Hello Universe who leads the team with responsibility! With her unique style of music, she's pioneering the music world of Hello Universe... Music wanderer! Hello Universe's genius drummer!
The cutie of a band who skillfully handles machines as well as drums.
The hat he always wears is his charm~ Always a bright little alien who captivated everyone
with his excellent bass skills and a whimsical charm.
His favorite thing is a rose friend in a glass tube~ A girl of the heart who looks grumpy but is more tender-hearted than anyone else.
People say her guitar skills are good as she is so confident. He is always friendly and has a warm smile.
He is an all-around entertainer who always supports the members
with a wide range of musical instruments and deep thoughts.

<Relationship map of the characters> For those who want to know more about Hello Universe,
I have prepared a report from the [July Space Center] that helps with Hello Universe's global activities! It's a top secret document that no one can see. (Downloading additional data...)
The top secret report from the July Space Center will add more content through the 'Update' tab! Explore Hello Universe through the report! The EP <City of Icari> which will be produced through this MAKESTAR Funding Project,
will include six songs from 'Future City', 'Anyway', 'Adult', 'Eternal Love', 'City of Icari' and 'Adolscence'.

The album <City of Icari> is a borrowed image from the Greek/Roman myth of Icarus.
It's a retro rock album with a story that properly combines Asian background with a cyber punk atmosphere.

The title of the album <City of Icari> is a Chinese word for skyscrapers, which contains the image of Icarus and the worldview of Hello Universe, where modern culture meets.

01. Metropolis
The title song 'Future City' is a unique song that has an intensive worldview of <City of Icari>.
It features guitar riffs and synth sounds, and has philosophical lyrics that contain the image of Icarus, making it a unique song with a variety of compositions and 5 minutes of running time, but not-so-boring.

02. Anyhow
'Anyhow' is a retro-style jangle pop song featuring organ and guitar sounds. The unique lyrics are made up of a play of words, and several code changes create a unique atmosphere.

03. Grown-up
It's a pop rock song that contains lyrics that remind you of the past.
The addictive melody line and rhythm that are easy to sing along are impressive.

04. Eternal love
This is their first exciting love song by Hello Universe.
It's a piano-based retro song that's easy to sing along.

05. City of Icari
It's a song with a sound reminiscent of a city.

06. Adolescence
It's a cheerful, bouncy rhythm song, and impressive by the cool synth sound that reminds you of a summer day. One cut with Hello Universe
To those who have purchased an option 7 or higher reward, we will give an illustration of one of the Hello Universe members on the picture you want. Morning Call + Ring Tone including StarMaker name
To those who have purchased an option 8 or higher reward, we will send a morning call with StarMaker name and ringtone song!