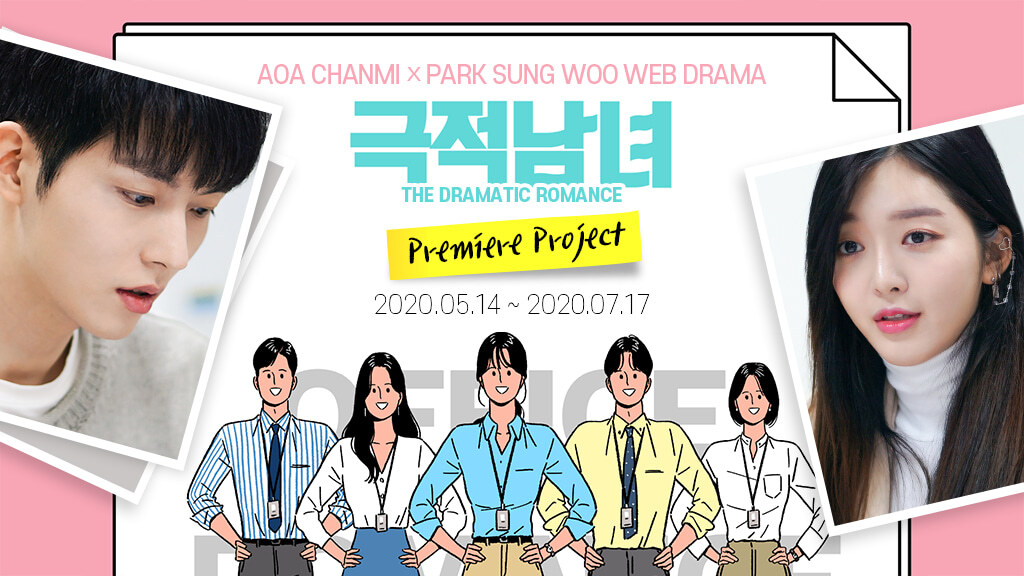 Exclusive pre-order
This is a "Pre-order project" that will be rewarded to all project participants after closing the project.
Project statusReward shipping start
Notice

We announce the winners of the PR event. Congratulations to all 9 winners for the actor's handwritten-signed Polaroid. ▶Nika N ▶김해피 ▶마왕녀 ▶소영흔이다! ▶risascream ▶맴보싶 ▶여름의 우연한 시작 ▶쌈디! ▶나무식혜 Please check the StarMaker name. Signed Polaroid will be randomly shipped. We'll make sure to send your love and support to the actors. Thank you again.
7/15/2020

Share the news about the preorders for <Today Office Tomorrow Romance> preview and GET the handwritten-signed polaroids!

We will draw 9 people among those who participate in PR event and preorders, and send the Polaroid photos with the actor's autographs. ▶How to Participate in Event

① Participate in presale of SET3 or higher

※You can participate in the pre-order event before the PR Event period.

July 15, 2020, 5PM You can check the notice on the project page (Delivery schedule for event gift will be announced later, randomly sent)

There is a guy, who bothers me, in my daily routine every day!

The Web drama 'The Dramatic Romance' starring CHANMI of AOA and Park Sung Woo, a tiptoe boy of Produce 101

Check out CHANMI and Sung Woo's wonderful performance in the web drama <The Dramatic Romance>!

If you participate in the project, you will be the first to get the unreleased content and limited-edition goods of <The Dramatic Romance>. Premiere of 'The Dramatic Romance'

You can receive the invitations for the premiere as rewards if you participate in SET5-A or higher up to June 24th (Wednesday). The shipping rewards that are configured together will be delivered sequentially after the project ends.

Place: We will text and email only to participants

You can only participate in SET7 Rewards which include on-site tours and slate participation rewards by June 10th (Wed). It is limited to first 10 people for filming site control and actors' safety.

Filming will take place in the 2nd week of June, and the schedule and location for the filming site tour will be announced in the last week of May.

We will send an email and text message only to participants regarding the location and time of the meeting. Those who participate in the filming site tour will gather at the designated place and move as a group under the direction of the creator.

''Kang Hye Mi', a four-year office worker who is working for KS International.

Kang Hye Mi who was always confident and energetic, lost her confidence and lost faith in love after witnessing her scum ex-boyfriend cheating on her. In addition, her ex-boyfriend is the general manager of the same company, and she was forced to run into him. Like all office romance, after breaking up with him, she became the main character of all kinds of rumors.

Hye Mi, whose daily life has been repeated, has always carried her resignation letter in her heart.

One day, she bumped into 'Na Jung Gook' on her way to work and missed the bus, ruining an important presentation.

Ironically, 'Na Jung Gook' will join Kang Hye Mi's team as a new employee and they become a mentor and mentee.

Na Jung Gook is a rare newcomer who is passionate about everything, not to be wary of his boss and to live by keeping the work life balance.

From the first day of his job, he expresses his fondness to Kang Hye Mi as a joke, but Kang Hye Mi is very uncomfortable with Na Jung Gook. And to make matters worse, the tight competition between the two women begins when 'Choi Sol', (Hye Mi's ex-boyfriend cheated with her), comes to the team leader of the marketing team.

And the past relationship between Kang Hye Mi and Na Jung Gook is... Introuction of the other characters The first episode of the web drama <The Dramatic Romance> will be released on Bridge Entertainment's NAVER TV / Vlive / YouTube channel on June 30th(Tue). Please give a lot of support.

※ The reward image above is an example image and the image/form will be updated later. 3. Put participants' Starmaker names on the ending credits of the last episode 6. Choose one employee ID card (You can choose one character from main characters and other key characters) 12. Filming site tour & Slate participation once during shooting (in June)

PROCESS from Preorder to Delivery

It will be shipped sequentially from the 2nd week of August.

※ The production and delivery schedule may be delayed depending on the situation. We will make it as soon as possible and deliver it to you.

▶All Rewards will be produced after the end of the project.

-Digital Rewards can be downloaded directly after the project ends.

▶Digital Rewards will be uploaded and will be informed you via Notice/email.